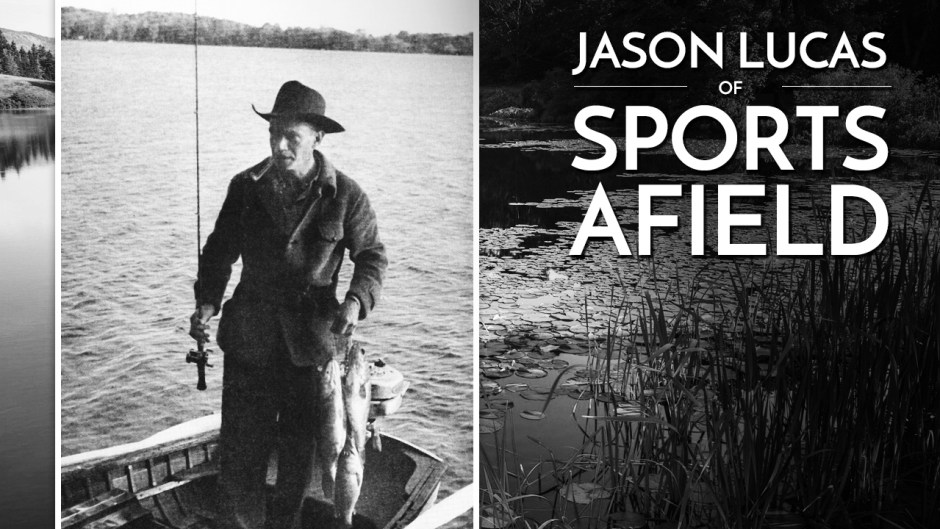 Like the colonists that came to North America by boat years before, the outdoor writers of the 20th century (the fishing authorities, if you will) regarded bass as inferior to trout. In fact, they fished for bass simply out of professional curiosity.

“What is this coarse blackguard of a fish?!”, the Northeastern writers wondered.

Largemouth bass simply couldn’t compare to trout – the “sportiest” of all fish. However, between the early 1940s all the way through to the 1960s, outdoor enthusiast Jason Lucas started to publicly admit he was a bass fisherman. These claims continued throughout his career as the fishing editor of Sports Afield.

He fished trout too, of course, but within the pages of Sports Afield (one of the “big three” publications of the day: Outdoor Life and Field & Stream being the other two) he became an important spokesperson for bass.

In fact, he preferred bass, and he wasn’t afraid to say so.

He published a book as well, titled “Jason Lucas on Bass Fishing“, which became extremely popular and underwent major revisions, being released in three distinct editions between 1947 and 1962.

Lucas was also known to have a disdain for live bait fishing, which helped set him apart from the traditional fishermen of the day. He was said to be a bit of a loner, preferring his time to himself and often fishing 12 hours a day, six or seven days a week.

He was a fishing machine, and his work helped spearhead the effort to shift the national focus from trout to largemouth. Zach Taylor went as far as calling him the “pioneer of modern bass fishing”, releasing an article in Sports Afield titled “Evangelist of Bass Fishing: Jason Lucas”. In the article he proclaimed that this shift in species was fully realized when Lucas retired after 20 years with the publication, and it was helped in part by the demise of wild trout, which were replaced with “those paltry, hatchery-reared trout”.

Around this time Buck Perry had become known for “speedtrolling”, and anglers were taking massive strings of fish using this and other familiar presentations, like jigs and pork eels. Lucas was known to be critical of some of these new techniques, but one thing was certain: bass fishermen had arrived, in a big way.

When Lucas retired, the world of bass fishing had changed forever. Bass had been anointed:

NEXT SECTION: Buck Perry & the Spoonplug
PREVIOUS SECTION: The Origins of Fishing Sonar