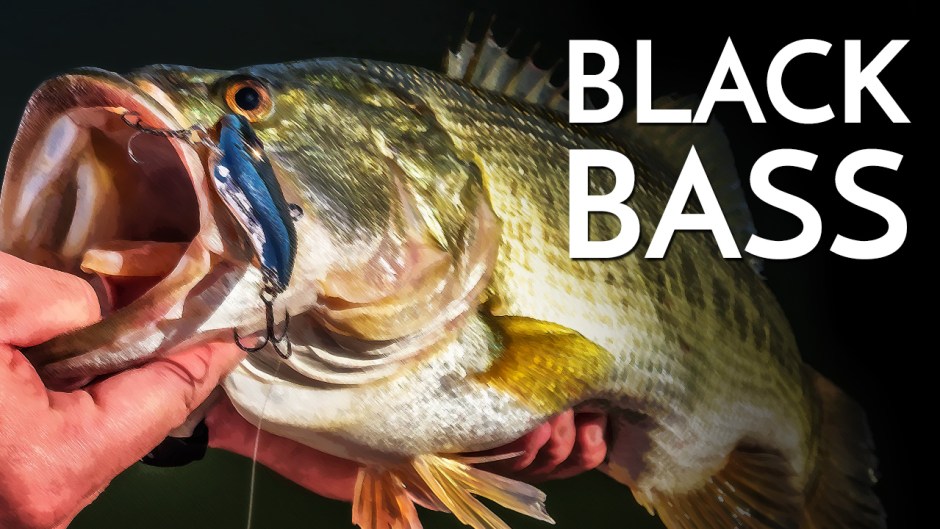 *zzzzziiiiiinnnnggggg* screams the drag as line is violently ripped from your spinning reel.

“Whaddya got on there buddy, a big ‘ol bronzeback?!“

“A what!?“, you holler back to Grandpa as he drops his Zebco and scampers over sticks and brush, moving quickly towards your current location.

“A bronzeback! Big ‘ol hawg. Lookin’ like a dang football!“

You look around scanning the shoreline, expecting to find a handful of empty beer cans. “You said you had coffee in that thermos not hooch! Why the heck are you speaking in tongues?!“

“A smallmouth bass kid! But I guess probably not in a pond… Oh waitwaitwaitWAIT I see some green – you got a spot? Meanmouth? Kentucky? Or did you hook into a nice bucketmouth?! Black bass?! They’re all black bass… WAIT – I see ‘er – ‘ol linesides!!! Looka’ thar looka’ thar whatta TOAD!!“

“Grandpa… are you off your meds?“

The monster bass makes another acrobatic leap out of the water, then returns to the algae-covered pond with a massive sideways splash that further disrupts everyone still inside their tents at the campground. The once silent morning has been completely shattered by what sounds like a crazy person. The two of you make eye contact for a brief second, and the look on Grandpa’s face lets you know he is not joking.

The green behemoth pulls you back to reality, making another extremely powerful run.

“We gotta land that fatty! He’s a giant! A gorilla! A REAL WHOPPER! What a BRUISER! STUD MUFFIN! A BEEFY CHUNK BOX!!“

“SHAMOOOOOOO!!!!!“, he screams as he angles his head back and releases a primal howl. It’s as if this fish has awoken something deep inside – something that has been dormant all winter, begging to be released.

You bend down to the edge of the mucky water, slowly pulling the bass towards your outstretched hand.

“Just a bit closer darlin’… a bit closer… lemme get a lip on ya…“, you mumble to yourself… pulling a bit too hard on the line…

The hook flies out of the mouth of the fish just two feet from the shoreline.

You look down down in disbelief at your hand – the hand you were unable to place within the maw of the fish.

“SHAMOOOOOOO!!!!!” Grandpa screams again as he lunges past you, flinging himself head first into the water, tearing the thick green mat covering the pond in two. He seems crazed. Unwilling to accept defeat. This is not the one that got away!

You take a step back, wiping the splatter from your own face and notice he’s managed to place a hand on the beast. Then another. He lifts the fish then drops it. It flops left. He goes left. It flops right. He goes right. Reflexes are on high alert. Adrenaline coursing through his veins. It’s like watching someone wrestle a greased pig; the fish is bucking like a crazed bronco – but this ain’t Grandpa’s first rodeo…

He thrusts his arm towards the sky… along with a beautiful 6 pound largemouth bass. Not a blemish on her. Truly a giant for this campground pond. His knuckles are white aside from the blood, and his grasp on the lower mandible resembles something closer to a vise-grip than a human hand.

The sun, now peeking over the trees provides a soft warm glow behind the mighty warrior. One might describe the scene as angelic… if the victor wasn’t completely covered in foul green sludge.

“Here’s your mondo,” he says with a pleasant Grandfatherly smile, extending his arms and the fish towards you.

“No Grandpa, you earned it. It’s your fish.“

“OUR fish then“, he smiles again, covered in stinky green pond scum, “let’s see if anyone is awake and ask them to snap a picture.“

“I forgot the camera.“

A cardinal sounds off.

The two of you take one more gander at the magnificent specimen and gingerly place her back in the shallow water, holding her by the belly and gently working water through her gills. Then after just a few seconds, you watch as she slowly saunters off. No doubt she’ll live to fight another day.

The calm morning sounds have returned to the campground, and as the two of you watch the ripples slowly fade, you share the exact same thought:

What a perfect morning.

All About The Black Bass

Largemouth bass are often called black bass, which can be confusing – mainly because they aren’t “bass” at all. What about all those other fish we call bass, you ask? Well, they’re not really related to largemouth… because the largemouth is a sunfish.

I know, I know… mind blown.

The largemouth bass is the world’s largest sunfish.

The sunfish family, Centrachidae, includes 33 species that live in warm or cool water. Their flat bodies offer plenty of fin area, useful for short bursts of speed and maneuvering in tight places. Sunfish have spiny dorsal fins – in fact, the name “bass” is derived from the Old English word baers, meaning “bristly like a wild boar“. These spines give sunfish limited immunity to attack, as preyfish will often opt for soft-rayed morsels over spiny sunfish.

If they don’t… this can happen:

Sunfish are shallow-water nest builders. The male is tasked with protecting the eggs and the young (with the single exception of the Sacramento perch… which is a sunfush, not a perch… to help add to the confusion).

However, the largemouth differs from their sunfish cousins in many ways. If you’ve ever caught a sunfish you may have noticed their small mouths are perfect for feeding on insects, zooplankton and small crustaceans. By contrast, the largemouth has a gigantic maw and a much heavier frame. In certain bodies of water, they are the dominant predator. This means they can use the water and cover in any way they see fit – they can be at any depth at any time.

These characteristics must be advantageous for predator fish, as other fish unrelated to bass have evolved into similar shapes over time. White, yellow, peacock, striped and sea basses are not related to largemouth bass. However, they are called bass because of their body forms. The word bass has been applied to many fish with spiny dorsal fins, big mouths and chunky body types.

“Maybe we should stop being so offensive?! Maybe stop fat-shaming and ask the bass how it identifies?? Maybe it’s non-binary?? BIGENDER?!?! GENDERFLUID?!?! HMMMmmmmm????????“

I’m most interested in what she wants to eat.

Within this family of sunfish, the largest members are indeed called the black bass. Again, even this name is confusing – since they aren’t even black! Darker yes, but not black. These black basses include: largemouth, smallmouth, spotted, redeye, shoal, Suwanee, and Guadalupe.

Depending on who you talk to, you’ll come across different “lumps” or “splits” in these species & sub-species, as bass have been continuously recategorized, but no matter what you call them (donkey, toad, football, spot, hawg…) or where you find them – one thing is for sure…

Bass are fun to catch!

So let’s take a look at some of the differences between the most common species that you are likey to find on the other end of your line – all the fish that we lump together into the confusing category of BLACK BASS.