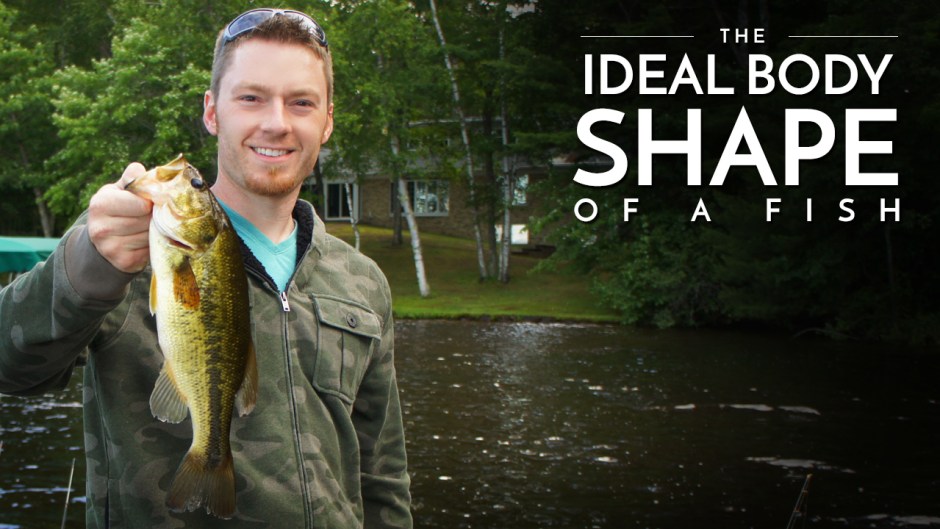 There are easily more than 20,000 species of fish found worldwide.

Among these species, a multitude of body shapes exist. Different designs are adapted to the wide range of habitats and behavioral diversity these fish exhibit.

Fish face resistance to forward motion. Water is much more dense than air, and a streamlined shape minimizes this resistance. Certain fish like pike and muskie can make amazingly fast directional bursts, and some open water fish resemble cigars.

The flattened bodies of crappie and bluegill don’t allow for fast forward movement, however, these fish can easily make sharp turns and quickly move up and down. Their rounded shape and large fin area also aid in swimming backwards.

Largemouth bass (again, a sunfish) and similarly shaped fish have compromise shapes, which allow them to operate in a wide range of habitats.

They can function well in both open water and cover.

The next time you’re on the water, take a few minutes to observe and appreciate the differences between all of the different fish you catch or see. Make an effort to look at the placement of the fins and think about how that along with the shape of their body could help them survive better – or worse – in different kinds of water, cover and conditions.

It might just help you identify better areas for your target species… which means more fish.