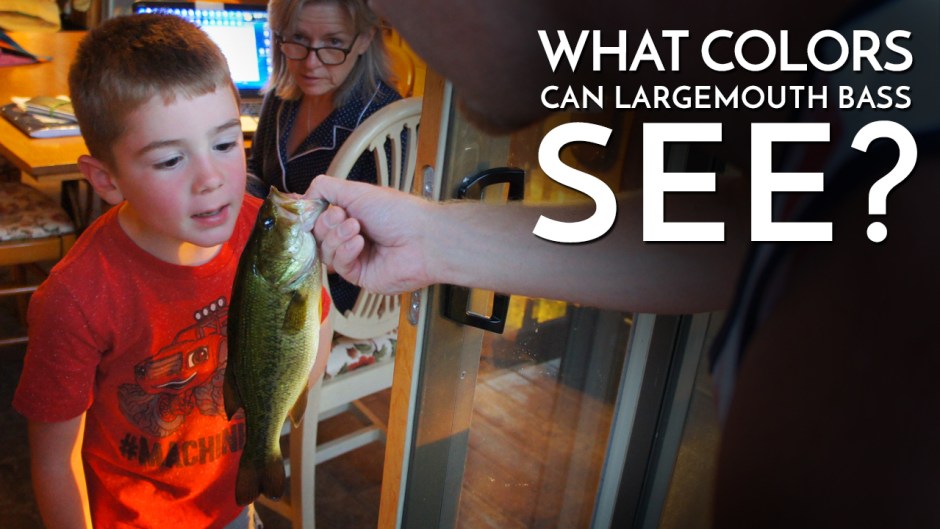 Things underwater are… different… than they are above. Movement is met with more resistance. Things sound different. Vibrations travel through water. Light is broken up by the surface, especially in windy days.

Colors underwater are no exception.

For example, the absorption and scattering of light underwater reduces and eliminates shadows. Shadows usually disappear at about twice the depth the angler can see a large fluorescent or white lure. This “scattering” of light is also used in photography. Items called “diffusers” come in a myriad of sized and they break up light so that objects on a table or within a white box don’t have such a direct, distinct shadow.

To date, research on the color vision of bass has produced some contradictory data:

This is interesting, because many anglers will use red line because it is a color that disappears quickly underwater. This would contradict the idea that red hooks indicate “blood in the water”… perhaps they just aren’t as visible??

You’ll have to experiment for yourself. Personally, I don’t shy away from red hooks, red swivels, or red beads – but I have not experimented with red line. I just stick with fluorocarbon or really light clear or clear/blue mono.

Note: it is my belief that color plays an extremely important role in some (not all) bodies of water – especially those that are small or that have a very particular type of forage that the bass are keyed in on. However, bass are far less particular than say, trout, and they are experimental eaters. This means that you always have a chance of catching bass when using the “wrong” color. But if you can zero in on the magic combination – it’s lights out!

Keep experimenting and see what you find out.