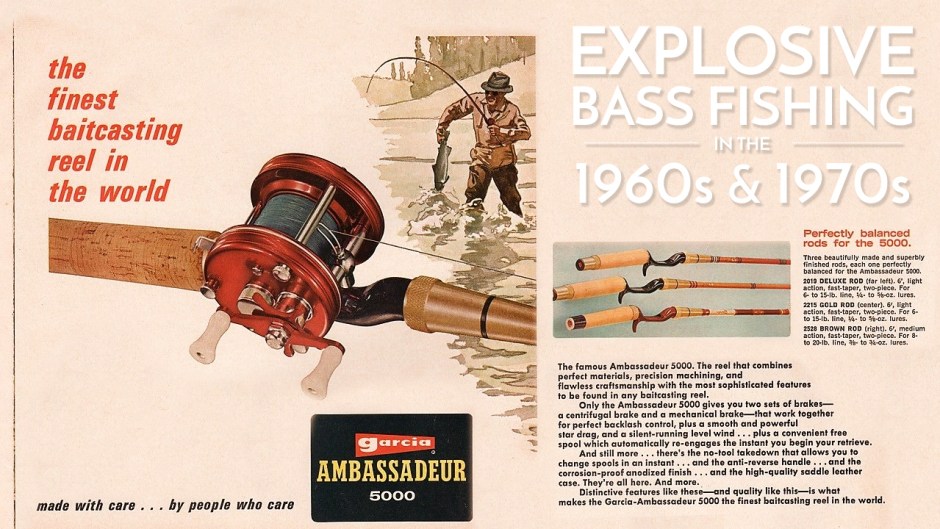 Over the last several articles we have focused on individual men & methods surrounding the development of largemouth bass fishing. Pioneers like Jason Lucas, Buck Perry and Bill Binkelman, as well as Al & Ron Lindner. Let’s continue to work our way through what will be the foundation of our bass-fishing knowledge base: Largemouth Bass in the 1990s: an In-Fisherman Handbook of Strategies.

Remember? The copy that Grandpa loaned us?

During the 1960s and the 1970s, largemouth bass fishing exploded in America. So much in fact that the history surrounding this period actually becomes confusing. The sport that had been either dormant or developing slowly for the last 200 years blossomed at an alarming rate.

For starters, man-made impoundments across the country reached their fishing peak. (Quick sidenote: just this week I was watching a video where professional angler Randy Blaukat was thinking out loud, asking where all the big bass in Table Rock Lake had gone. In the comments section, someone claiming to be a marine biologist actually mentioned that reservoirs hit their peak at a certain time, then decline. The time for Table Rock? Many guys piped up and said it was in the 70s… still a great lake, they said, but you weren’t going to pull out 8 and 9 pounders with the same regularity of years past… if this is true, it aligns with what the staff at In-Fisherman was saying when they wrote this book.)

B.A.S.S. – The Bass Anglers Sportsman Society became the most dominant and influential force in the bass fishing world.

Tournaments also led to the development of better baits. The old Shannon Twin Spin was refined into the spinnerbait we still use today. Soft plastics multiplied as anglers developed more and more ways to use them.

The bass boat was refined into a fast, safe, comfortable “fishing platform”. To this point ‘ol aluminum 3-seaters were widely used. (That said… aluminum boats (jon boats or otherwise) still have their place!)

The bass fishing pro had become an influential fixture.

While this list may not seem that long – if you take a step back and look at everything listed here that we take for granted, it’s completely mind-boggling. It’s one thing to read a list of developments that took place over a 10 to 15 year period in any short format, but stop and really think for a minute:

Imagine fishing without your favorite rod and reel, your favorite soft plastic or a spinnerbait that would actually run true enough to be worked around heavy cover – without sonar, or even maps that showed the bottom contours of the lake.

The fishermen of yesteryear, the ones that never had these luxuries, would probably fish circles around us.

I for one tip my hat to these fine men and women!