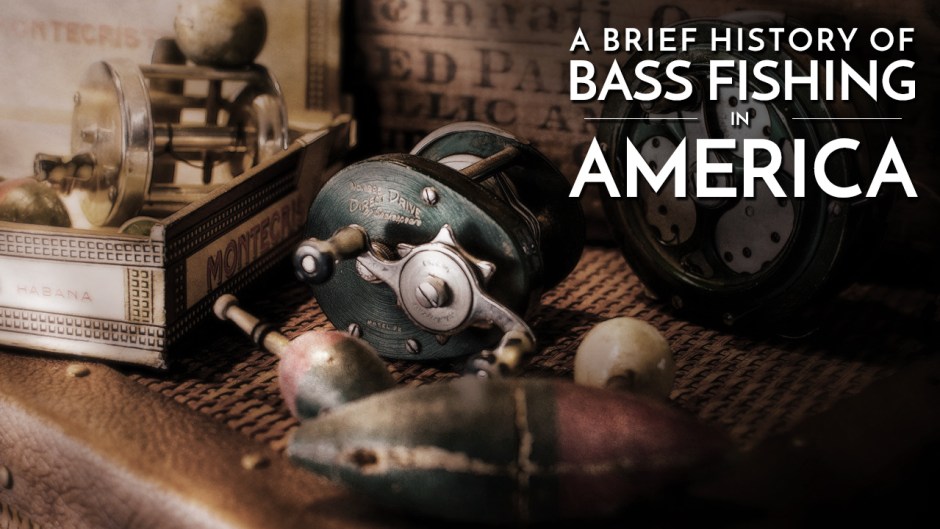 It’s damp & cold down here in the basement.

You’ve come by to visit a million times. To the casual observer it might appear cluttered, but Grandpa knows where each and every piece of fishing gear lives.

Gear that has taken a lifetime to accumulate. Cultivate. Collect… and of course… use… and use well as evidenced by the pictures strategically nailed into place all over the homemade workbench.

Some of those pictures are prints you gave him. You, your wife, the kids kids, all holding some combination of bobbers and panfish in vivid color. The over-the-top contrast and super-saturation that comes with phone cameras is on full display – but to the left near the edge of the light thrown by the single dangling bulb you notice something else. Pictures with a wide white border; lower contrast and yellowed edges that are slightly curled – maybe from age, maybe from nicotine… maybe both.

“Polaroids”, he says, before you have the chance to ask. “We used to shake ’em when they came out of the camera, thinking they’d ‘develop’ faster. Still don’t know if that actually worked…”

“I remember Grandma chasing us around with those big pancake-looking cameras when we were kids”, you respond. “Smile you little rugrats! I only got so much film and ‘yer wastin’ it!!“

You both pause for a second, fondly reminiscing about the docile woman in the kitchen upstairs (currently boiling hot dogs for lunch in her meticulous manner) chasing a bunch of kids around snapping pictures many moons ago.

Grandpa breaks the silence without looking up from the ancient reel he’s cleaning; “speaking of chasing – what are you chasing these days?”

Without hesitation you respond; “largemouth bass. I’m about perch & sunfished out, Grandpa. I want to catch something like what you’re holding up in the pictures on your workbench.”

“Ah! ‘Ol bucketmouth!”, he chuckles. “We’ve had a few run ins over the years. Powerful brutes… beautiful coloring and blood-red gills so vibrant that pictures never seem to do them justice.”

He stops and looks you dead in the eyes.

“Them big ones ain’t big because they’re stupid. If you want to land one, you’re gonna have to put in the work… or get really lucky… or both.”

With that, he places the reel on the workbench and wipes his hands on a towel – stands; straightens his back, then reaches up to the stack of books sitting high above. He moves “Book of the Black Bass” aside, then “More About the Black Bass” – both by Dr. James A. Henshall – “you should read them too” he mutters, “but start with this.” He pulls down a well-weathered book and blows the dust off, revealing a busted spine and several deep creases in the cover:

“Guaranteed to keep you two steps ahead of the crowd, huh!? Dang, pretty serious!”

“Don’t laugh”, Grandpa warns, “there is more knowledge packed into these 300 pages than you will be able to absorb in a single read. If you really want to catch bigger fish – this is your foundation.”

He tosses the book your way. Some of the leftover dust sticks to your shirt as you fumble to catch it.

“Keep it. Read it twice. Then tell me what you think.”

You hear Grandma’s voice from up above, “lunchtime you two!”

Grandpa reaches up to pull the white string attached to that single bulb above the workbench. The two of you turn and head up the creaky stairs for the bounty that awaits: boiled hot dogs.

They’ll taste just as good today as they did over 30 years ago.

Holding the book in your hand, you think to yourself “a hot dog and a visit sound excellent… but… I’m actually kind of excited to crack this book open when I get home…”

Grandpa doesn’t say a word… he knows the seed has been planted, and your deep dive into the world of largemouth bass fishing is about to begin.

The Beginning of Bass Fishing in America

It took bass fishing over 200 years to achieve the popularity that we see today. When colonists arrived in the new world in the 18th century, they would fish for sport and food – but they knew two classes of fish: the highly valued trout and salmon, and the less valued “coarse” fish like pike and carp.

The largemouth bass is actually a member of the sunfish family, and originally only existed in North America. British colonists were unfamiliar with them and as a result this new “coarse” fish was considered second-class. One early writer wrote about native brook trout as if he was penning a love letter; they are “a thing of beauty and joy forever”. But the bass? A “blackguard and tough”.

Some would say that catching even a 15 pound largemouth out of alligator infested waters was a far cry from landing a single tiny brook trout in pristine surroundings.

This sentiment was also influenced by availability. Many initial settlements on the eastern seaboard had streams with plenty of trout – and without bass. Yet in the early 19th century, wealthy sportsmen in Kentucky wanted to fish closer to home than the great trout waters of New England.

Guess what that meant?

Bass were readily available in Kentucky, and interest increased even further with the development of the “Kentucky” style reel in 1810. This reel was designed by watchmakers to cast live bait on the long, slow action rods of the day, making fishing for bass much more “sporty”.

A prominent physician and writer named Dr. James A. Henshall published his “Book of the Black Bass” in 1881. Anglers in other parts of the country had begun taking largemouth bass seriously, and Henshall famously claimed that bass were “inch for inch and pound for pound the gamest fish that swims.” In fact, he prophesied that bass would become the primary gamefish in America… but this opinion was held in the minority for decades.

Trout remained king in the eyes of sportsmen.

In the early 1900s, artificial lures began to gain in popularity. Henshall led the charge for shorter rods (8-footers instead of the usual 10-foot plus models of the day) built with more backbone and geared towards casting. Around 1896 James Heddon started making plugs. The Johnson Silver Minnow was invented in 1920, and archaic soft plastics came onto the scene as well.

After World War II, many advancements were made in the areas of plastic and fiberglass, and new, inexpensive fishing rods soon came onto the market. Monofilament line was invented, as was the spinning reel (actually it was imported from Europe – we can’t claim that one), and the first sonar system followed soon after.

You sit back and close the cover of the book, running your hand over the deep creases that adorn the cover. Proof that this guide has been opened and closed hundreds if not thousands of times.

“The Johnson Silver Minnow is Grandpa’s all-time favorite lure”, you think to yourself. “He was absolutely slaying pike on that thing in the deep cabbage-filled bays last summer with Dad – that spoon is over 100 years old and it still catches fish?!”

If a lure that was created over 100 years ago still catches fish, what other gold nuggets lie within these pages that may have been forgotten or replaced with the latest & greatest whizz-bang marketing craze pushed by XYZ tackle corporation?

You take a long, deliberate swig off of your piping hot coffee and crack the creased cover open one more time to see if you can glean just a bit more information before it’s time to hit the sack.

But sleep is the last thing on your mind.

NEXT SECTION: The Origins of Fishing Sonar