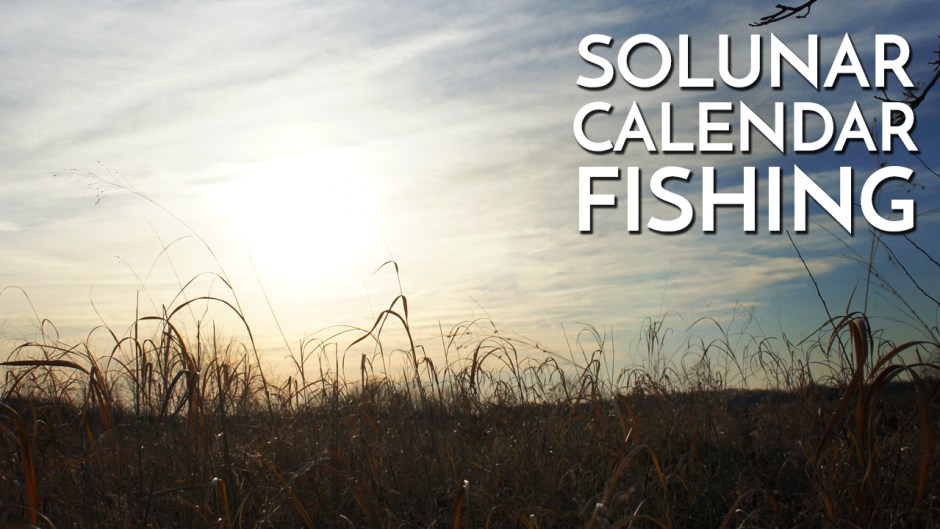 My inbox threw up all over itself again last night. There are emails everywhere.

Whenever I answer a message, two more take it’s place. It’s going to be very difficult to fish this week – especially without feeling guilty the whole time. But… we have to go. The goal is to catch at least one every week, and gosh darn it, that’s what we’re going to do!

Question is… when do we go to maximize our time so we can give ourselves the best chance at success?

Let’s discuss Solunar Calendar Fishing and see how it can play into our minimized fishing lifestyle.

When are Animals Most Active?

Any sportsman that is blessed enough to spend a fair amount of time outdoors quickly realizes that there are time periods when the local wildlife exhibits heightened activity levels. For us fisherman, the first thing that comes to mind is an aggressive topwater bite in the early morning, or perhaps the swirls & ripples that appear on the top of a calm lake in the evening as the sun sets and bass really start to chase around their evening snacks.

For hunters, similar activity has been noted for whitetail deer. Dawn & dusk are active periods, with increased activity at times in the middle of the night – which can be seen on trail cams.

In the 1930’s a man named John Knight started to wonder why these periods of increased animal activity seemed to be consistent, complimented by less activity during the day. His research led to the development of The Solunar Table. Fishermen and hunters alike use this to try to “get an edge” – but the question is… is there any legitimacy to this theory?

What is the Solunar Method?

Knight’s method relies on lunar phases – the changing angles of the earth, the moon and the sun that dictate how the moon “looks” – and the time of sunrise and sunset. These factors have in fact been shown to have an impact on wildlife activity.

In May 1926, John Alden Knight put together some fishing folklore and other fishing factors such as the sun and the moon, hence the name Solunar (Sol for sun and Lunar for moon) to form a theory on the patterns of animal movement. Knight compiled a list of factors which control or influence the day-to-day behavior of many freshwater and saltwater fish. Each one of the 33 different factors were considered. All but 3 were rejected. The three factors retained were the sun, the moon and the tide. For salt water fishing, tides have long been known as a factor that controls fishes’ behavior. As Knight’s research progressed, he found that rather than just tides themselves, the relationship of the moon and sun’s positions relative to each other may be the determining factor. In addition to the time of moon up (moonrise) – moon down, his research determined that there were intermediate times of the day that occurred in between the two major periods. From that he establishes that there were major periods (moon up – moon down) and minor periods. Knight published the first Solunar table in 1936.

What this method doesn’t take into account, is the weather. Changes in temperature will have an impact, so will storms, and any sort of increased cloud cover at night can reduce the amount of moonlight passing through to the earth. This means visibility will be reduced; animals on the hunt for food, or animals hoping to avoid predators will all be at a disadvantage.

Additionally, some believe the force of gravity – something we all experience on a subconscious level – comes into play as well:

Using these tables, a fisherman and a hunter can tell when the moon is directly underfoot or overhead. The strongest activity occurs when there is a full moon or a new moon, and is weakest when there is a quarter moon or a three quarter moon. This is because the combined gravitational force of the moon and the sun is strongest when both are directly above or directly below our heads.

Summary: Solunar calendars can provide you with a nice baseline for potential animal activity, but you must also take into account local weather conditions leading up to (and during) your outing. If you’re fishing, it might be a good idea to take a peek at barometric pressure. Use all of the tools that are available to you!

Planning is important – especially for those of us with very limited time to fish. But your next trip should not be planned using just a single tool. Take advantage of all sources of information at your disposal. Consider all options and factors.

The most important thing is that we make the time to go and be on the water – whether we’re catchin’ ’em or not.

That reminds me… I need to hammer out some of these emails. Sitting here feeling sorry for myself isn’t going to improve the situation… and I really need to get out and catch a fish.

Hey… on a positive note, I suppose it’s best to be grateful for all of the website improvement requests from people that need help selling more online. That means I can afford groceries and release everything I catch instead of eating ’em…

OH! Before you go make sure to check out In-Fisherman’s Solunar Calendar Tool. It’s free and fantastic if you’re wondering what the current solunar calendar looks like in your area!

AJ Hauser
When life gives you lemons… tie on a bigger hook! Let's get better. 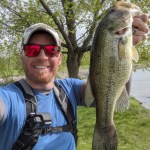 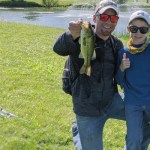 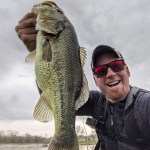 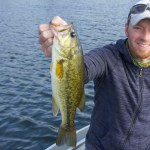