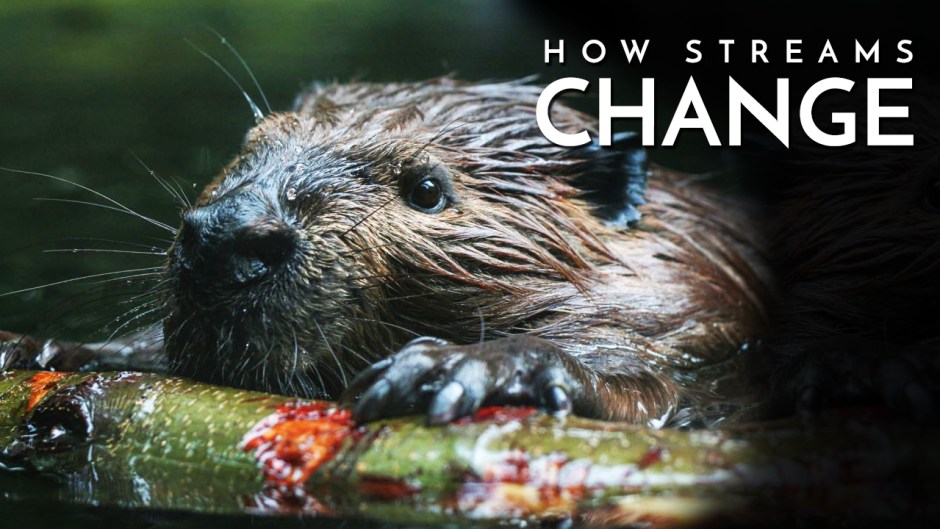 Have you ever returned to a river or stream – heck, even a lake – after say a long winter or a few seasons away, only to find that things are much different than you remember?

When it comes to running water, the cutting force of current keeps all streams in a constant state of flux. New sandbars are formed as sediment is carried along and deposited in new areas, new holes are cut by swirling current, erosion causes bends to move s-l-o-w-l-y downstream and as water washes against the bank the soil on the downstream bend is slowly washed away – the looser the soil and faster the current, the faster the movement.

Even waterfalls may move (pause and consider that for a second – natural forces in our world are incredible). When water spills over the falls, erosion at the base undercuts the crest which will eventually collapse. This causes the falls to creep upstream. If the crest of the falls erode at a pace faster than the base, they will eventually collapse or convert into a series of rapids.

Severe flooding may change the course of a stream altogether. Floodwaters may cut across a major bend, rather than flow around it. The bend (now separated from the stream) can become what is called an oxbow lake. These narrow, horseshoe shaped lakes may become completely separated from the main channel.

Floodwaters may also cut across bridges and roads. Several years back a local stream flooded right outside my neighborhood. These (awful cell phone) pictures show just how high this normally tiny stream was!

You’ll notice that the surrounding woodland in these photos is also completely flooded. It is not uncommon in situations like this for floods to carry logs, brush or other debris along, only to be hung up in narrow areas, creating logjams. Some logjams block so much of the flow that the stream is forced to make a new channel on one side or the other. Silt is also deposited where the new logjam is located (because the current is slowed in this area) and a new island may eventually be formed here as well.

Even beavers can cause major changes in a small, low-gradient stream. A large beaver dam can back up water for hundreds of yards, creating a fair sized lake. Then with the slower current, the silt can settle out, filling the streambed. This creates a wider, shallower area that warms more quickly, in some cases up to 10 degrees.

This change in temperature can be severe enough to have an impact on the species of fish that would use this stretch of the stream. (Check back to Preferred Temperature Ranges of Warmwater Gamefish for reference.)

If you are visiting an area regularly make sure to check the water temperature on a routine basis using tools like the Deeper Pro+ Sonar. This data can be logged automatically so you have a record. If you notice some major changes in the stream flow or path, check again and compare your data to see if you can understand why your favorite fish may have moved.

Streams with braided channels change the most. Their bottoms are constantly shifting, and even a minor flood can cut several new channels and fill in some old ones. Braided channels are most common in streams that flow over loose material. There are usually two or more channels that act independent of one another, often crossing upstream and downstream of islands.

High altitude photos allow channel changes to be seen easily. Below, the present channel is shown in blue, and the old channel is in red. This image comes from: The Freshwater Angler™: Fishing Rivers & Streams. The photo also shows many other channel changes that have occurred throughout the years.