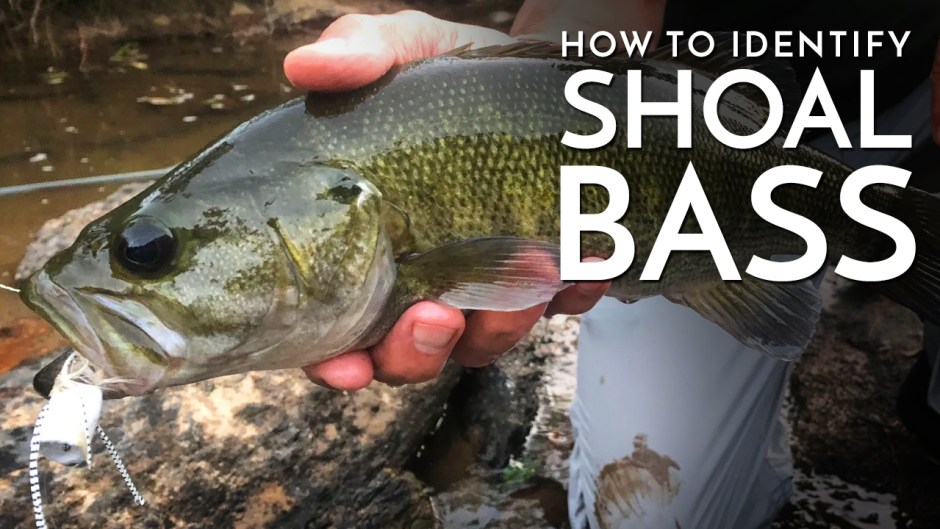 Many anglers and biologists widely recognize the shoal bass (Micropterus cataractae) as a distinct species. The slender fish is similar to both smallmouth and redeye bass, and there is some concern regarding hybridization. Other common names include Chipola redeye and Flint River smallmouth.

Throughout the 1990s taxonomists were still cataloging the characteristics of shoal bass, prior to giving them a full scientific name. This led to much confusion, because the status of the species had not been fully documented.

It also placed a cloud over the record books, as well as the literature surrounding southeastern river bass.

The shoal bass is native to several rivers in Alabama, Florida and Georgia.

While the record redeye bass is a 2-pound 12-ounce fish pulled from the Tugalo River in Georgia, in 1987, the largest shoal bass was an 8-pound 3-ouncer from Georgia’s Flint River… at least, that’s what we thought.

Today, while the redeye bass is one of the smaller black basses, the probable world record for Redeye bass is 5 lb 2.5 oz, taken from Lake Jocassee in South Carolina. However, many redeye bass world record listings (especially those over 5 pounds) are actually records for the shoal bass – the two are easily confused.

The world record shoal bass is now recognized to weigh 8-pounds, 12-ounces according to the International Game Fish Association. The fish was caught October 23, 1977, in the Apalachicola River, Florida, but it was originally reported as the Apalachicola form of redeye bass.

Shoal bass are popular targets for fly fishers, who hike and locate them in their preferred river environments.

This practice is becoming more widespread. The shoal bass has been said to fight harder than the largemouth bass, and have more stamina. They prefer moderate to heavy current and will take crawdad patterns aggressively. Five pound shoal bass are considered trophies, but fish above seven pounds are caught each year.

If you have access to southeastern river systems, I think it’s time to get exploring.