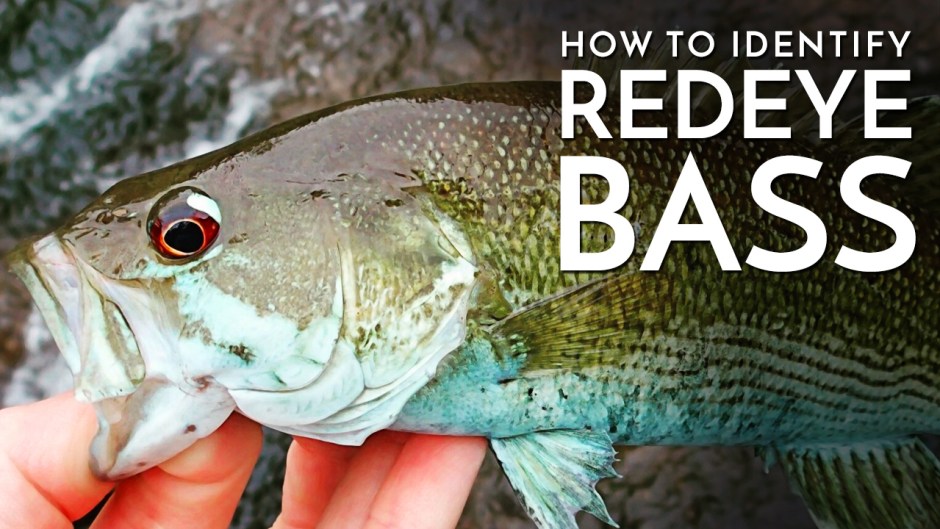 Redeye bass (Micropterus coosae) prefer running waters. You will often find them in warm streams and rivers. They look very similar to smallmouth, but redeye have reddish fins and red eyes.

This fish is also known as the Coosa bass, which comes from the fact that they are native to the Coosa River system. The Coosa River and its tributary streams occupy most of the northwest corner of Georgia and extend through northeast Alabama before ultimately draining into the Gulf of Mexico. The river is one component of the Alabama-Coosa-Tallapoosa (ACT) river basin system.

The redeye bass has been introduced into waters in California, Kentucky, North Carolina and Arkansas. Some of these introductions have produced sustaining populations, while others have failed.

The redeye is a slender fish. When closed, the jaw of the redeye bass extends to the middle of the eye, and in some cases closer to the rear. The coloring is typically olive on top, but mottled with white, blue and yellow on the sides, and finally white on the belly. You will often find dark spots at the base of the tail fin, rimmed in white as well.

Get out there and catch you one.