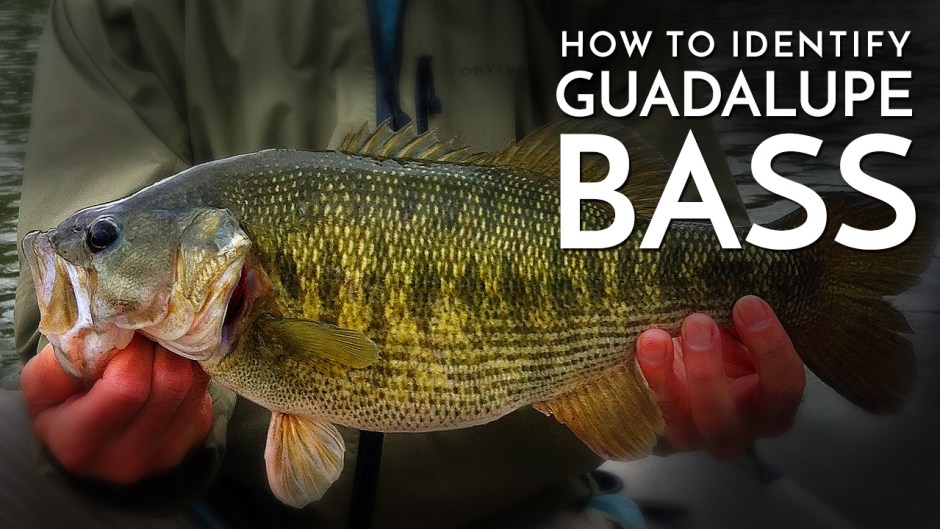 The Guadapule bass (Micropterus treculii) is native to the Guadalupe River drainage in central Texas. A small fish, closely related to the spotted bass, the Guadalupe has rows of spots above and below the lateral line. This looks similar to a spotted bass, but the deep olive and brown coloring is more subtle – some say “more natural” – although that’s subjective.

The Guadalupe bass lives in creeks and rivers, and while they will eat baitfish and crustaceans, these black bass seem to have a tendency towards insects. This could be why they are such a popular target for fly fishermen in central Texas, who have a nickname for the fish: “the Texas brook trout“.

They can be found in current, but like other species of bass, not within very fast headwaters. These areas require too much effort and energy, so Guadalupe bass will set up further down within the stream or river.

In terms of cover and structure, the Guadalupe bass will use rocks, trees, stumps and shade. Typical “bassy” looking spots in moving water.

Populations of Guadalupe bass have recently been lost due to hybridization with introduced smallmouths and in some cases (it is believed) spotted bass, making them even harder to distinguish from these two cousin species. The fish is considered threatened, but not endangered.

The record Guadalupe bass is a 3-pound 11-ounce fish, taken from Lake Travis in Texas in 1983… and no… the fish pictured below is clearly not the world record!

In spite of it’s limited range, the Guadalupe bass has developed a very enthusiastic following in Texas and the surrounding areas. Any why not? This fish fights hard, has beautiful coloring and hits topwaters resembling insects – what’s not to love?

Might be a good excuse to visit Texas… as if you need one.